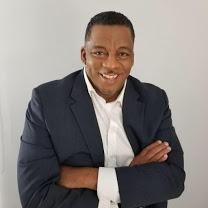 Author: 37 Days The Disenfranchisement of a Philadelphia Poll Worker

Daryl M. Brooks, a long-time political activist, finds himself embroiled in one of the most highly contested presidential elections ever conducted in the United States and is suddenly thrust on to the national spotlight. However, the past, which has been haunting him for over 25 years, once again wants to destroy the life that he rebuilt for himself in the process.

Daryl was born and raised in the projects of Trenton and has fought against the crooked political machine, drugs, and crime that has plagued his city for generations. Set up by the corrupt political forces and criminals who run the city, he was convicted of a crime he never committed and sentenced to almost a decade in jail.

This is not only a story about the current political situation this country finds itself in after the 2020 presidential election, but it is also a story about a man’s quest for self-redemption and fight for justice and equality for all the underprivileged people living in America.

Brooks is also a former member of Mothers Against Violence, Silent Shoe March, Fathers and Men United for a Better Trenton and Southern Christian Leadership Conference. Daryl has won the MLK Jr. Award from the Martin House Learning Center for community work.