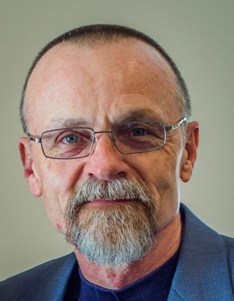 Pastor Gary W. Haskell, Sr. has been the pastor of Jackson Baptist Church in Jackson, Pennsylvania for 30 years. Since becoming the pastor, he has been focused on building the lives of his people individually. Every member that chooses to be discipled on a "one on one" basis is given weekly, personal attention. Once they have been trained and ministered to, they are then able to minister to others in the same way. Because of that, the Church has several members who are able to teach, counsel, minister and serve. The Lord has taken Pastor Haskell to several local churches in other countries and many local churches in the States to teach the ministry of Biblical Discipleship.

Pastor Haskell has also been used to educate churches and individuals concerning an important, untaught factor in our Country's history: The Black Robe Regiment. The fact is, our American Revolution would have never happened if it were not for the pastors in New England. They were the ones that preached freedom and taught their people about their God-given rights. They also taught their men how to take up arms and fight against the British. We are free because of their preaching and leadership. Our schools have not, and do not teach anything about these American heroes. Pastor Haskell has a major concern about getting this information to as many patriots as possible.